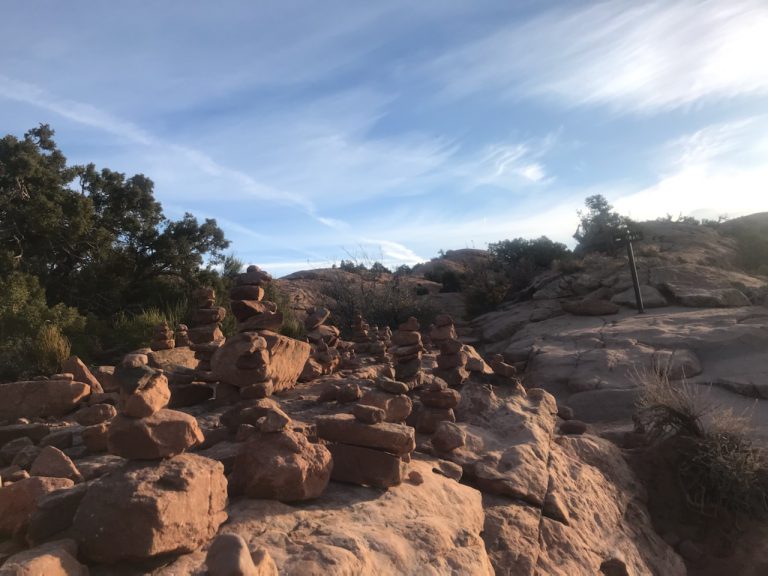 Cairns are bad. Yes. We said it. Stop building cairns. They are rarely ever useful as a navigational feature. They are a nuisance that harms the trails and the land around them. In nearly any modern case, they are unnatural objects just like trash. Now that we have your attention, let’s open up a deeper dialogue.

What is a Cairn?

A cairn is a human-made stack of rock. You’ve probably seen them on the side of trails – well defined trails – and they seem to be becoming ever more popular as social media likes validate their presence. They are anywhere from 2-3 rocks tall, or, dozens, and in some cases hundreds of rocks all thrown into a massive pile.

Historically, cairns were built by sailors to mark landing areas on shore. They were also used to indicate burial or ceremonial sites in some cultures. Other times, they served as a shield in places of battles. If you are traveling in areas of historical or cultural significance, respect these cairns of native people and don’t alter them. Unfortunately, cairns are not used in this way in nearly any modern instance.

Who can build them?

The only people who should be building cairns are forest rangers, volunteers who are building or maintaining a trail as part of an official organization, or people of cultures who deem them significant in religious or ceremonial practice.

Imagine if each of the 320 million national park visits in 2019 involved a visitor building a cairn. Or if each of the hundreds or thousands of trail users a day on some of the popular mountains in the West built a cairn. The impact on the landscape would be irreversible and destructive.

Say No To Cairns.

Harm to the Landscape

Rocks that are pulled from the ground leave a crater that exposes loose dirt and the root systems of the grasses and plants around them. These roots help solidify the ground and prevent erosion, which ultimately leads to a likely permanent death of grasses. In mountain and desert terrains, the grasses and plants are extremely fragile. Typically the soil, which takes many decades to accumulate, gets limited nutrients from other decomposing matter like leaves, making it even harder to get a solid base soil. Just a few footsteps can kill the root systems in these fragile biomes.

When a person leaves the trail to find a rock, they trample healthy grass. Then another person does the same thing, pulling another rock from the same area. Then again. A few week later this grass is dead. As the sun beats down, the soil dries out in the crater the rock left. Next time it rains, soil is washed away from the crater and it widens and weakens the soil around it. Then somebody steps in that hole… and the cycle continues, eroding away the terrain.

The cairn itself blocks sunlight from reaching a widening diameter of grasses, and kills the grass that used to be there, resetting a decades-long growth cycle. At the end of the season there is an extra wide braided trail and eroded tundra that will likely need repair from volunteers and government agencies (tax dollars). But, would you look at that stack of 50 rocks!?

As rocks sit on the ground, especially in wet or mountain biomes, they grow algae and lichens. If you’ve ever been on a summit and wondered how those alpine lakes below you are so clear and blue, thank a rock that has been uninterrupted for millennia. These algae and lichen help filter water by feeding on the organic chemicals in runoff, such as animal and human waste, c02, and nitrogen.

Imagine you’ve got a big fish tank at home. Every week you take a scissors to 1% of the filter. At first, its not a huge difference. But after a while, that fish tank starts looking murky and scummy. This is the same concept as taking rocks out of the ground.

At the end of next year, the alpine lake is brown, but holy smokes, did you see those dozens of rock stacks on the shoreline? Rocks I tell you! They balanced!

People who like to drink clean water don’t build cairns.

As Beautiful As A Heap of Trash

Have you ever seen a tree reach over and re-organize rocks before? Nope. Not happening. Cairns are unnatural. Part of using the outdoors is leaving it looking like nature for the next person. You don’t throw trash on your bed. You don’t graffiti your house. Don’t leave behind a stack of rocks for other people to look at in a place where they find solitude, beauty, and relaxation. Knock that off. Knock that cairn over too (carefully), and redistribute the rocks to make it look natural again.

At the end of the day, I missed the alpenglow against the mountains, but those cairns I had to look at the whole trip back down to make sure I didn’t get lost on this 3 foot wide trail sure were gorgeous!

A Hazard to Trail Users

First, being an unnatural object, people don’t expect them to be there. They get in the way. An unsuspecting runner or hiker can hit a cairn and cut themselves on sharp rocks, or, the falling rock can sprain or fracture bones. Put a cairn on a ledge or steep terrain in the mountains and you’ve made both unstable terrain to slip on, and an overhead hazard for people below which can lead to serious injury or death.

Second, how do you know the route the cairn is marking is in fact the right route? If it is the right route, there is probably something resembling a trail there already, and navigational aid isn’t needed. Cairns can confuse people and can contribute to braiding the trail that already exists as people deviate from the already-worn terrain.

At the end of the day, somebody got some stitches from those rocks that fell on them, but wow, that was a nice stack of rocks somebody left for them to look at! (true story)

It’s no secret that psychologically, we want whatever is easiest. The same goes to animals and their shelter. Creating a cairn makes an easy habitat for animals. They abandon their existing ones, or, if migrating, stumble across the cairn and decide to call it a convenient home. Now, they are directly visible to predators and have no other protection from plants or bushes, making for easy prey. Worse yet, when a person decides to (carefully) knock over the cairn (and redistribute the rocks), the animal and its offspring have no shelter or were crushed in the fall. This can include birds, lizards, pikas, marmots, and small insects that help to decompose waste.

At the end of the day, I found a dead endangered raptor next to some fallen cairns, but those dozens of other stacks of rocks sure contributed to the mountain views!

Your trails and their fauna depend on you to NOT build cairns.

Okay, But Just One?

There is only one reason a cairn should be built: as a contribution to directly and immediately saving a life. Meaning, is it possible that this cairn was intended as a navigational aid, and failure to follow this would contribute to death or a high probability of becoming lost and not being able to be rescued? For example, a cairn one mile off the highway, on a trail, stacked 3 feet high in Colorado’s Front Range is completely cosmetic and should be destroyed. A cairn above treeline, stacked 2-3 inches tall, at a jagged intersection probably was built with navigational intent. But still. If you are in that location, you probably didn’t get there on accident and have a general sense of the route you should be taking. Rarely, if ever, are cairns needed to navigate. If you made it to that location, the next person can make it too. Think – if you build a cairn, you are drawing attention to the aesthetic of doing so and enabling the next set of cairns to be built. If you must build a cairn, destroy it on your return.

What to do With Cairns

If the cairn doesn’t fit the scenarios above – meaning unless this cairn literally SAVED YOUR LIFE (onaclasstwotrailwith500otherpeopleonit), and it is not in a historically/culturally significant area, destroy it. Look around to make sure nobody could be hurt from the rockfall. Make sure you are also standing on stable terrain. Never push a cairn over a ledge or downhill. Start with the top rock and remove it, working your way down. Make sure your feet are not in the rock landing zone. When the cairn is toppled, redistribute the rocks or if craters are present, return them to the ground.

If you see somebody building a cairn, politely let them know they are detrimental to the environment and other people’s safety, and assist them with removing it.

Finally, tell your local forest service if cairns are plaguing your local trails, share this article, and start a civilized discussion below. Thank you. 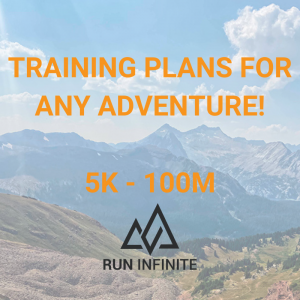 Stay In The Loop!

Geez get a life 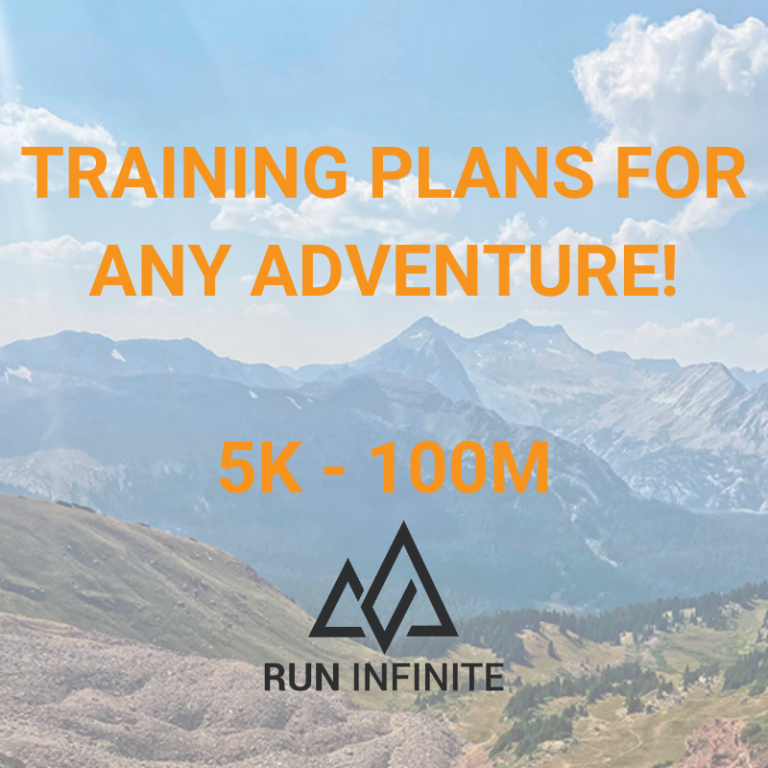