Truly a classic route up one of Colorado’s most iconic mountains. The Keyhole route takes you through expansive views of Chasm Lake before shooting across a field of large boulders, through narrow ledges, and ending with a steep hands-and-feet scramble to the summit. The risks are elevated on parts of this route, but there are few better views of Rocky Mountain National Park than from the summit.

All downloads are subject to our Terms and Conditions.

How to Run Long’s Peak

Click the “i” in the bottom right of the 360VR Photos for captions that match these directions.

Note: This mountain involves serious risks and is not for beginners.

This trail starts at the Long’s Peak Ranger Station [1]. Take the East Longs Peak Trail immediately to the left of the building. About 0.5mi in, split left to follow signs for Long’s Peak and Chasm Lake [2]. Near 1.1mi, keep right, passing a sign for Goblin’s Forest (which is a minor trail to the left) [3]. At mile 2.5/11,000ft, keep left at the fork, continuing toward Long’s Peak/Chasm Lake [6]. The opposing direction will take you to Battle Mountain or to Jim’s Grove, an alternate route to the Boulderfield. At mile 3.2 you will reach the junction for Chasm Lake [11] which has a toilet (privy) and numerous signs to point the way. Ascend to the right for Long’s Peak/Boulderfield. At mile 4.3 you’ll reach Granite Pass at 12,120ft. Stay left at the fork [13]. Near 12,630ft, mile 5.4, you’ll cross a small stream, and a good point to filter water [15]. At about this time, the terrain will be almost exclusively rock, void of trail. Follow cairns to the Keyhole, which should be becoming visible on the lower ridges in front of you. At approximately 12,700ft, a primitive camp site and toilets are found in the boulders [17]. This is approximately halfway through the boulderfield. Seasonal water can be found in this area. At the Keyhole, mile 6.2, a stone shelter can be found just beneath it.

The Keyhole at mile 6.2 [20] is a serious waypoint that starts noticeably more difficult terrain. Beyond this is very thin ledges, interpretive terrain, summer snow and ice, and class 3 hands-and-feet navigation. Know your abilities and limits, and ,go prepared.

From the Keyhole, the next section is called The Ledges [38-48]. Follow bullseyes (circled in orange in the photos) that are almost always visible from here to the summit. Beyond The Ledges, enter The Trough, and climb it to the v-shaped notch at the top, staying on steep packed dirt and large boulders as you climb. Bulleyes will mark the way. At the top of The Trough, a large boulder stands on the path to your next section. This boulder demands your attention as you make class 3 moves up for about 8-10 feet [47, 48]. Atop this boulder, you’ll be standing on a very exposed and thin ledge that enters The Narrows [48-51].

The Narrows is appropriately named. Its path is about 2-4 ft wide with thousands of feet of exposure off the edge. The Narrows starts with a large rock that blocks its route. You can either crawl over the top, or squeeze to the left of this rock [50-53]. The Narrows will funnel you to a notch similar to the boulders at the top of the Trough, which you must use cautious hands-and-feet moves to get up and over [57]. At the top of this rock, notice the red sign bolted to the rock [58]. It is imperative you search for this sign on your return down. If you start getting a view like photo [60], you have descended too far and the terrain will quickly become dangerous as it cliffs out.

From here, The Homestretch [65-71] comes in to view. This steep, defined crack in the rock will take you to the summit. Though it looks intimidating, the rock is generally very stable, and bullseyes will mark a route that offers generous holds to create almost a natural staircase. Staying in the crack or immediately left of it will offer the best holds in this lengthy class 3 section. This section, like the Narrows, can feel very crowded even with just a few other people on it.

As you top out The Homestrech, you’ll be on the summit [72, 73]. Notice the red sign that indicates your return to the descent.

Getting Down From Long’s Peak

Return down the way you came. Notice the red sign that is at the very top of the Homestretch that indicates where to descend. Descend the Homestretch “backwards” with your hands and feet facing the rock.

How Long Does it Take to Climb Long’s Peak?

Do People Die on Long’s Peak?

People have died on Long’s Peak. Though rare, there are places where slipping off from the Narrows or Homestretch could cause devastating injuries. There are some exposed areas along the summit and beneath the Homestretch where disoriented climbers could fall and become seriously injured or die.

What Should I Pack for Long’s Peak?

Weather in the mountains can vary greatly. In mid summer – early fall, temperatures can be around 55 degrees at the ranger station at and early morning start and around 40-50 degrees at top. On the way down, temperatures get much warmer in the alpine sun and could exceed 80 degrees. Of course, storms can happen at any time on the mountain and snow is not uncommon in summer months.

Our coaches run the races and terrains that they write plans about.

If you're not happy with your training plan, we'll either make it right or send a refund.

Before you hit the trail, knowing how to interact with other people and with nature can help make things flow. You’re likely to see somebody else out there or another animal, and knowing how to approach the situation makes for a better day for everybody. 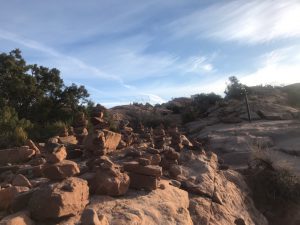 Cairns are bad. Yes. We said it. Stop building cairns. They are rarely ever useful as a navigational feature. They are a nuisance that harm the trails and the land around them. Let’s open up a deeper dialogue. 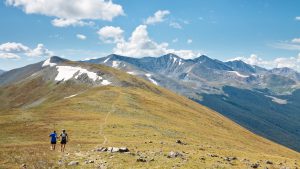 Running on trails is a magnificently pure way to experience nature and be one with the landscape. No matter the method of travel though, human 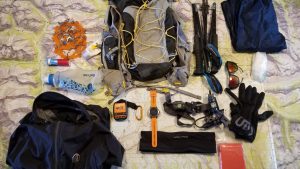 Gear Guide for 14ers and Mountains

Hydration Vests You’ve gotta haul that gear somehow! Hydration vests are the go-to to carry both water and gear close against your body for ease 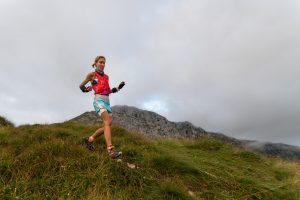 Climbing your first mountain or 14er is an exciting and rewarding experience! You’ll get the achievement of seeing the world from above and the feel-goods of the endorphins from the exercise. However, the mountains aren’t a walk in the park, and getting down is mandatory. Some situations require extra caution and a little know how. With a bit of preparation, you’ll be able to get to the summit and back safely. 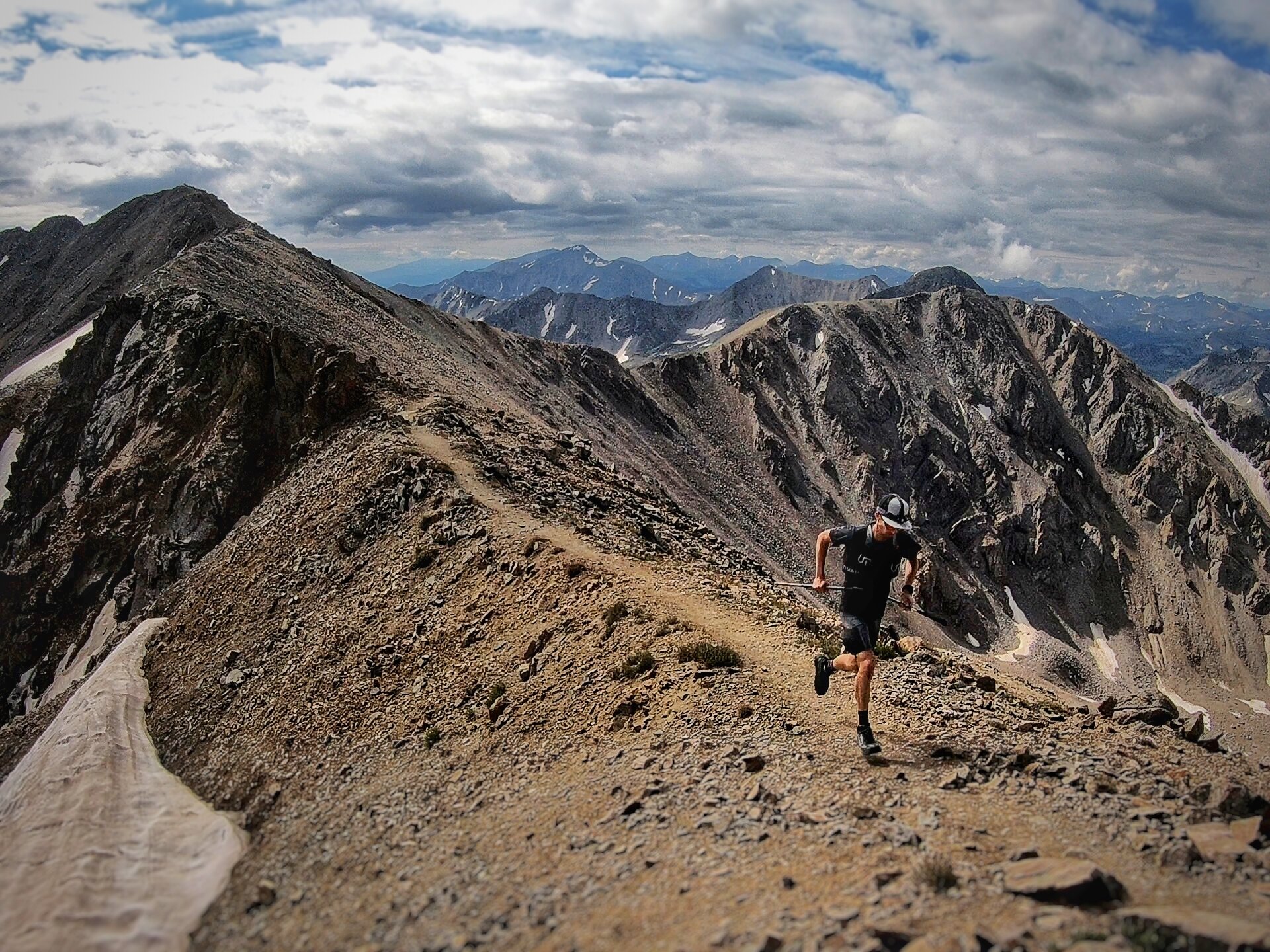 Whether you are training for a race or simply indulging in all the wilderness has to offer, there are a variety of factors, some constant, and some changing, that are likely to have an impact on your journey. Knowing these factors can help ensure your safety and get you back to the trailhead safely.